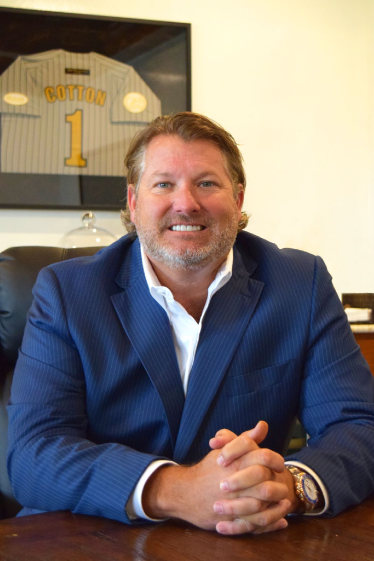 Pete Bell has extensive experience managing disaster restoration efforts for corporate and retail businesses in the United States and abroad. Under Mr. Bell’s leadership, Cotton Commercial USA, Inc. has responded to some of the largest weather disasters in recent history including the 2004 triple hurricane event in Florida; the 2005 hurricanes that devastated the U.S. Gulf Coast, Caribbean and Mexico; the Australia Floods of 2010 – 2011; the Japan earthquake and tsunami disaster of 2011; and many other natural disasters that have brought destruction to the United States including blizzards, tornadoes and flooding. Mr. Bell also played an instrumental role in overseeing and implementing strategic plans for the logistical support and cleanup efforts of the British Petroleum oil spill in 2010.

Before co-founding Cotton with Daryn Ebrecht in 1996, Mr. Bell began his career in the local fire and restoration industry in Houston, Texas. During that time he formed a vision to develop a single source company capable of providing complete recovery solutions for clients in North America and beyond. Today, with over a dozen regional offices that include an International Logistics Center, Cotton is at the center of global disaster recovery and restoration.

Mr. Bell holds a Bachelor’s degree in Business Administration from Sam Houston State University where he served as president of the Sigma Chi fraternity. In 2008, he was the recipient of the Sam Houston State University Distinguished Alumni Award. Mr. Bell currently serves as the co-founder of the Cotton Foundation, a non-profit organization dedicated to delivering hope and providing comfort, through various fundraising efforts and donations, to children who are the victims of natural disasters and other life-changing events.